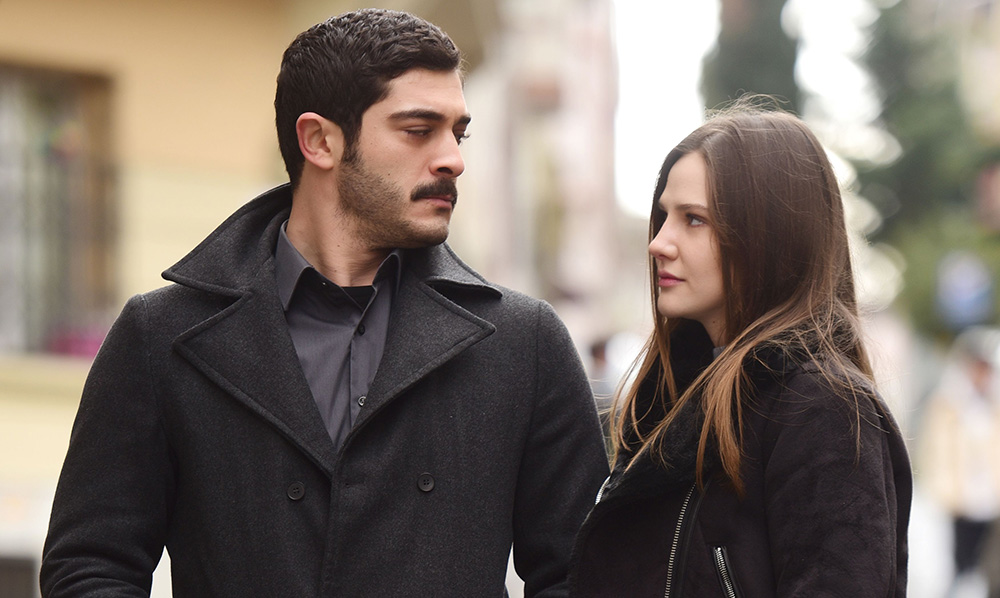 When last we saw Celal he had been loaded into a van with the agent from the Grey Room. As expected they wouldn’t let him kill Savaş because they need Savaş in play so he can lead them to the big boss. They take Celal to task for going off-book, but he is unrepentant because of the trauma to Zeliş. We get to see some flashbacks of the beginning of the investigation into the Türel family, seems like it has been several years in the works but Celal has only been involved since Zeliş’ injury. He’s been following the whole family for months but decided on Mahur as his target.

Mahur remains at the hospital until Zeliş gets released after failing to find Celal. She knows something is fishy about him after finding the ‘restaurant’ they were supposedly at is just a fishing hut.

Savaş is in bad shape with burns all over the areas of his body that were exposed to the sun. He vows revenge against Celal and traps him in a burning car, but the big boss has other plans for Maraşlı and has his men save him. Suat, Savaş’ right-hand man is more important n it seemed at first as he is the one to keep tabs on him for the big boss.

Lots of revelations this week in the Türel family, Celal tells Mahur that he’s seen her mother’s video and that her father has a copy in his safe. Mahur goes home, gets the safe open, and plays it for the whole family. Her mother reveals that Aziz killed Ömer. Her father denies it and states that her mother was delusional because of her illness and chemotherapy. No one believes him. It is revealed later that it was Necati who killed Ömer in defense of his father, but no one knows.

Mahur, after finding out the family ‘secrets’ and that Celal, the one person she trusted, has been lying to her decides to leave Istanbul and go to New York. Celal goes to the airport to stop her and tells her that he has fallen in love with her, she kisses him and leaves anyway.

One thing is for sure, Maraşlı moves the plot along at a great rate. We are finding out a lot of the mysteries of what is going on in this episode, especially about the Türel family and Maraşlı’s role in the investigation. As we suspected, he didn’t randomly help Mahur, but it was a revelation that he had been following the whole family for months. They are weaving together a very complicated plot of connections between the Türel family and whomever it is that the intelligence agency is after. Some of which make sense and we can see how the pieces connect, some are still hidden. There are some obvious things we noticed from the beginning but there are also a lot of coincidences we are being asked to swallow. Because the writing and the production are so good one can put aside the glaring unlikeliness of some of the plot connections, such as Mahur just happening on Savaş murdering someone, at least for the time being.

The intelligence unit figured that the Türel family would be their 'in' to investigate the larger organization that Savaş belongs to and utilized Celal’s skills to infiltrate the family. He chose Mahur to be his in, whether or not he decided ahead of time to try and make her fall in love with him or not remains to be seen. The romance angle seems implausible for a man of Celal’s character but he is willing to do anything to get revenge on the people who hurt Zeliş so maybe that includes seducing Mahur.

Mahur forced Celal to come clean to her after she listens to his tape. He tells her that her father murdered Ömer, and he knows because he watched her mother’s video. She races home to see for herself and makes the whole family watch with her, which sets Necati off because he knows the truth that it was him who killed Ömer. Aziz gets points for not outing Necati but tries to convince everyone that his wife was delusional at the time and didn’t know what she was saying. No one is convinced by this argument, especially not Mahur. She now doubts everything that her father has told her about her mother and Ömer. The mystery with this is why did Sedef marry Aziz at all, and have three children with him? She didn’t love him, and Ömer went to prison yes, but why did she have to marry Aziz?

The Türel family is complicated, and the past is weighing on the present and it all must be laid at the feet of Aziz given that he had control of the company until recently, sent his partner to prison by planting drugs on him, and was involved with something (one assumes drug smuggling) that put him on the radar of the intelligence agency. It does seem that there is a long-standing connection between the Türel family and the organization that Savaş works for, so that would have to mean that Aziz was part of it. Why then would they need Savaş to take control of the company unless Aziz got out somehow?

We finally learn how Celal came to be involved with the intelligence agency and the Türel family and how he came to save Mahur that day. It was all a setup but there still is the question of how he could know that she would need help. Was the bookshop in the neighbourhood where she liked to take pictures supposed to be the in, and if it was why wasn’t he more welcoming to her? He targeted her as his way to access the Türel family, and the intelligence agents allowed it but warned him about using love and being careful of his own feelings.

He is doing all of this for Zeliş and is having a hard time agreeing not to go after Savaş. We see the struggle he is going through to stick to the plan and be patient. The interesting parallel is that Savaş is having the same challenge with his own superiors. Celal has his own agenda and also his own people, I don’t think Nevzat and the men at the ‘restaurant’ are intelligence agents, I think they are Celal’s comrades from his time in special forces. Also being the kind of man that he is, he must be struggling with having feelings for Mahur and yet having to continue to lie to her.

Mahur has figured out all her family’s secrets, or so she thinks and coupled with Celal lying to her, she decides it’s best to just get away from Istanbul. She’s devastated on so many levels but handles it all better than she might have at the beginning of the show. She doesn’t go to the police as she claimed she was going to and is fair in asking Celal to tell her his secrets. The fact that he tells her he loves her rather than what he is involved in is likely why she chooses not to stay. She wants answers to why he is lying to her.

Necati was also devastated this week and actor Serhat Kiliç gave an amazing performance. We see now why he has become an alcoholic and what the trauma is between him and his father. He had to kill Ömer to save his father from being killed but it seems like Aziz could never look at him again. The look on Necati’s face as Aziz hugged him suggests he is not okay with how his father has treated him over the years. Necati is slowly coming unraveled and it may be part of the tragedy of his life that if his ‘crime’ of 30 years ago comes to light, the revelation will either kill him or save him.

Ilhan and Firuzan are teaming up to take company control back from Ozan and Savaş. Seems like Firuzan is not just a trophy wife and is smart enough to be able to help him make plans to get the company back. She’s great at eavesdropping and likely knows a lot more than she lets on.

Savaş is seeing the results of taking on Maraşlı and is likely regretting ‘playing’ with him through Zeliş. His plan to end Celal doesn’t work out because his boss has as of yet unknown plans for Maraşlı. We got a flashback for him this episode and it seems like he has always had a psychopathic streak. He is reined in by the threat of his boss though, and one wonders what he has on Savaş to make him compliant.

So Celal confessed to Mahur at the airport that he fell in love with her, she kissed him and then left. It’s a challenge at this point in the story to know whether or not we can trust what Celal says here. He seems genuine, but he also doesn’t want her to leave because she is his link to her family and he needs that for the case and to avenge Zeliş. I do think that he cares for her, but is it love just yet? She is attracted to him, that’s obvious, but doesn’t say that she loves him and is rightfully untrusting of him. We as the audience seem to have an inside view of what he is thinking through the voice tapes he makes, but can we even trust this. This series is such that we cannot take anything at face value.

It is a mystery as to why Mahur’s mother is only concerned with her knowing the truth about Aziz but not her other children. Is it possible that Mahur is Ömer’s child? The timeline is confusing but is it possible that Ömer and Sedef rekindled their relationship briefly when he was released from prison and that’s why Sedef is determined that she knows the truth? The age gap between the siblings could allow for this.