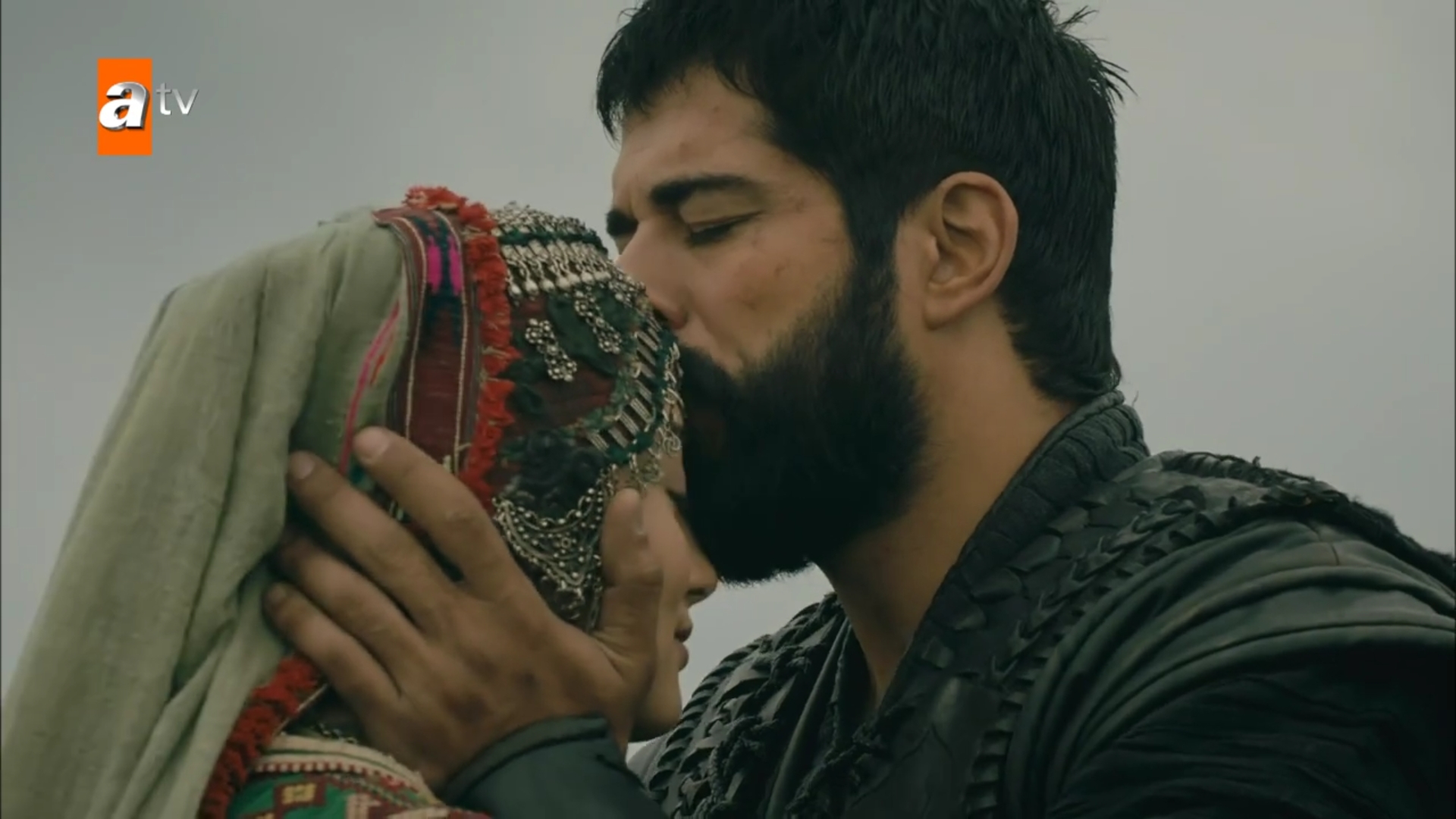 I would call this episode a revelation one. The most massive event that took place yet, was the revelation of the secret. Osman announced his intentions publicly to the entire Anatolian world. All the Türk beys are aware of the fact that soon they might see a nation rising. A nation of the Kayıs, who are the purest descendants of Oğuz Han. Though Osman is not aware that his intentions were shared by his father as well. Finally, Osman wishes to arise a nation for the oppressed. Where there are no disputes, no discrimination, no betrayal. He wishes his nation to be pure of and for the Türks. And wishes to eradicate those who walk on two roads, those who work for the enemy while pretending to be by the Türks. He clarifies that after Ertuğrul bey, he would take the Beylik of the Kayı tribe to Bamsi bey, Abdurrahman Gazi and Davud Usta. To which each of them shows gratitude towards this decision of Osman.

Apart from this, the kuçuk devils are always working in Nikola's brain. Nikola planned an extremely detailed plan to get at Osman and continue with his reconquer ambitions. He laid out steps ahead Osman where not a single one includes himself. He brought out the rebellious Kuman Türk tribe beys in his favour to fight against the Kayıs. Also, he sends the Kuman tribes' bey daughter to Kayı tribe with fake intentions and promises to set her father free whom he held hostage; once she obliges Nikola. Targun Hatun, the bey daughter agrees to act as a spy for Nikola in the Kayı tribe but manages to attract Bala's attention while gathering information.

Apart from these major incidents, the air in the Kayı tribe is pretty tense as Aygül nearly kills Hazal Hatun to get revenge for her mother Zohre. If it weren't Lena to stop Aygül from sliding her sword across Hazal's throat, Yavlak Arsalan would have been all by himself now. Admist these tenses situations, Targun manages to enjoy these messy situations and spy upon not only Osman but also Lena and Hazal.

A nation where, Türks presence gives stance to the Islamic nation and hope to the oppressed people.

At the very beginning, we had an Osman-Bala scene. In such messy, confusing and constant chaotic situations, watching them calm each other down and emotionally lifting each other up not only proves to be a good influence on them but also on us. Amidst the constant chaos, every OsBal (Osman-Bala) scene instantly lifts up our moods and curls our lips. Here, I loved the way Bala was trying to make Osman understand the aftermath and effect his actions leave on others in the tribe. Her being honest and not just worrying about her husband but also the tribe was exceptional.

I especially don't want to miss out on the fact that Nikola is actually a good rival! Not to him being a good person, but as in a rival, that's exactly what a sharp person would look for in a rival. He's the kind of person to sit across to play chess with. He knows his potential, fears, ambitions and moves just too well. The way he is using Flatyus's revenge as a reason to keep Flatyus beside him, knowing the fact that Flatyus is an exceptional warrior. He admitted his fears regarding Osman. And now him with such a detailed plan to get Osman down. He doesn't play himself, he has placed all the pawns at such places that with one mistake the crown's down. I would have rather compared Nikola to Emir Sadettin (from Diriliş) if Nikola acted greedily and impulsively at times. Ama yok! Nikola seems to be a better rival than him.

Selcan's faith in her taught a lesson. She was utterly confident when she tells Hazal that she can't win against Aygül because Selcan has taught and trained Aygül. At the same time, she wouldn't let Aygül kill the murderer of her mother due to the tribe's regulations. But the way Selcan is looking after Aygül and her baby even after all that they've done to each other in season one are truly amazing. Raising a person with psychological issues is much tougher than raising a small baby. Selcan is being a mother to Aygül and Aygül's baby while she herself is not utterly healthy. The women in this show are unrealistically vigorous.

The Soğut scene. That was an incredible moment. Osman breaking at a türk bey gathering where he wasn't invited like he owned it was everything! He marked his presence and remained all the Türk beys that Ertuğrul Bey has three sons and his third son is ready to sacrifice his life for Anatolia while the Mongol's pet Yavlak Arsalan is busy celebrating his Beylik, the Romans have turned Türks against Türks with the help of Kumans. The way the presence of Osman's elder brothers doesn't cause him any surprise. Instead, he tries to make Gündüz realize the acts he's been up to recently. And then and there, he just utters those words like a normal statement that "No one will be able to have a stance against the nation I am going to raise." Some of the other türk tribe beys look highly convinced by this.

As I stated earlier, many issues were revealed not only to the audience but also to the other character. With every passing day, Osman keeps getting stronger and his faith keeps firming his stance and heart. This time, we saw enemies uniting to cause destruction. Cerkutay agreeing to work for Nikola but not disclosing Yavlak's name has given peak protection to Arsalan now. Lena teaming up with Hazal to create hurdles in Osman's path is yet another rival allies. The most crucial question that remains is what is Osman thinking? What's his plan? Showing up in the rival's castle with just two alps and dropping down your weapons just doesn't seem to be an Osman move. On the other hand, things are going to be more stirred up in the tribe with Bala and Targun Hatun. Well, we will get to see our pretty Bala back on the field then, I'm really looking forward to it. Concludingly, the episode was great, not missing a chance to astonish us.