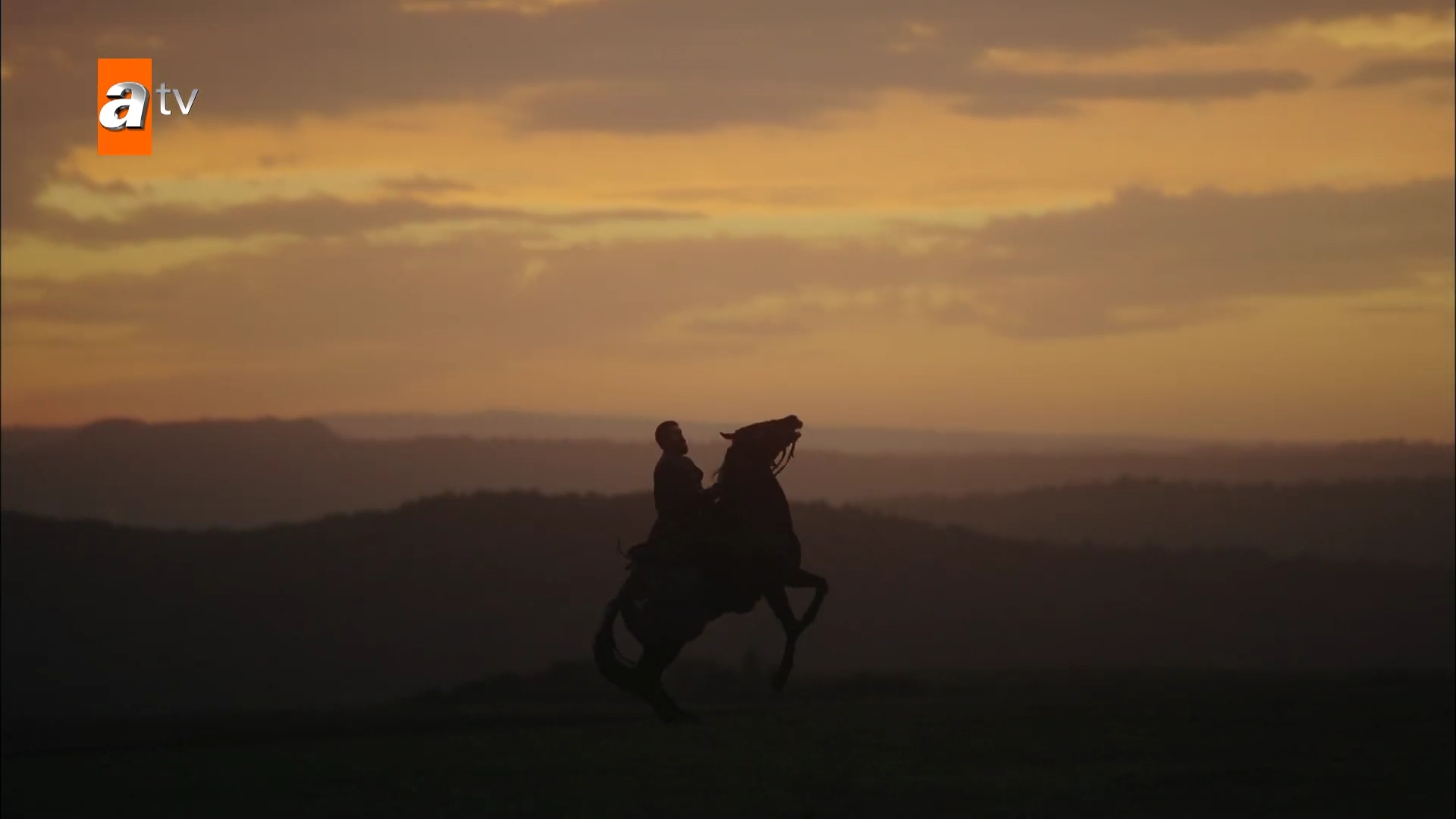 The tam (exact) beginning of the bölüm caught me off guard. While we were expecting Osman bey to fall into a trap by the Mongols and Yavlak Arsalan, it turned out that the sight of Osman and Savci getting into a fight was right before us. The perplexed beginnings of the episodes always make you think twice if you're watching the right episode or not. Though eventually, we get to the part where we left off and it turns out Arslan is not a kolay enemy. He is a traitor among the Türk tribes who's ready to give up anything for power and authority. Also, he is cunning enough to kill the son of Geyhatu; Mongke and blame it all upon Osman to pave his way out of the chaos to the superior chair.

The reunion of Osman and Ertuğrul bey will make you emotional enough to shed a tear or two. While watching Bala Hatun and Osman will leave you weeping. Ertuğrul bey was more than overwhelmed to see his beloved son after years. Savci bey's return from Crimea causes the entire Kayı Bey family to be all together for once after a long period of being scattered.

It turns out that Nikola did not sit idle after what Savci did to his 'flying fire'. Flatyus took extreme revenge by blowing up all the gunpowder in Soğut while there is a pandemic already ongoing there.

You were the only hope for me when I was utterly scattered. ~ Osman to Bala

I'd be lying if I didn't say that Osman's return to the tribe wasn't the best thing about the episode. What made it more special was that the Father-Son reunion, which was long overdue. The audience was anticipated for it since the beginning of the show itself. The only question asked since Kuruluş: Osman aired was 'Where is Ertuğrul bey?' (Though I would finally say it; this was not the Ertuğrul bey we were expecting).

Then, there was Osman bey accepting that Bala Hatun was the light of hope he carried in his heart all along his journey. More precisely, the scene where my heart utterly poured out was when Bala Hatun's tears left her beady eyes when she saw Osman's blood, dripping off his boot due to his injured leg. The utensil where his blood and her tears were being collected called out to depict the purest form of love.

The comedy fragment of the show which is always left on the Alps since Diriliş: Ertuğrul was displayed once again. The legacy is being kept on by Boran Alp who seems to have given away his heart to Bala's companion, Gonca Hatun. Poor Boran has to undergo all the teasing by his fellow alps. Hatta Osman bey was caught teasing Bala Hatun in this matter as to how much he had to suffer to conquer his love.

I specifically loved how they did not miss out on little details. The show is well aware that we wonder about the precious old characters such as Selcan Hatun, Bamsi bey, Abdulrahman Gazi. Well, we did get a glimpse of Abdulrahman Gazi! As mostly expected, Ertuğrul bey had assigned some duties to both him and Bamsi bey. The reason why they are not on the screen turns out to be this. As for Selcan Hatun; she is, unfortunately, suffering from an illness and for now, she is walking around lands to collect her medicine.

Love is as important as order for a commander at war.

In a Bey family dinner, where all the beys and their hatuns are present, the Hatuns were given equal rights to share their opinion and an equal amount of responsibilities as the beys. They were not considered as just women who are supposed to take care of the common chores of the tribe. In fact, Ertuğrul bey was open to ideas coming from Hazal Hatun. This might seem like a common thing to do but this actually portrayed a very crucial issue. In most places, royal women are "required" to stay inside the castle and only keep their thoughts to themselves. This scene showed women being given equal rights in the tribe, something that should have long been a norm. It did not depict any sort of male dominating culture and this was indeed a powerful move to change the conservative thoughts that unfortunately still exist.

From what I understood, Ertuğrul bey is neglecting to assign any sort of duties to Osman. Which, in turn, means angering up Osman. And if you have been following the show since the beginning, you'd very well know that Osman is anything but patient. Sheikh Edabali tried to on this trait of Osman both in a soft and harsh way previously. Until now, while his responsibility as the Head of Alps has been taken away and given to Savci. And been denied to be sent as an Ambassador to Konya, he has controlled himself pretty well. But I'm afraid this dwelling volcano might burst up soon. Though, Ertuğrul is under observation mode right now. He is observing each and every movement of Osman very lucidly, be intra or inter tribe issue. Ertuğrul Bey is doing exactly what Süleyman Şah had once done with him. He is testing Osman's patience and potential. It may be said that Osman is undergoing a test by his father.

Despite being ambitious, intelligent and brave; Savci has a bit of consciousness. Which we've rarely seen by now. But it can said that Savci is not after the Beylik. Yes, he is ambitious maybe even more than just being ambitious. He likes to take up responsibility, clearly to gain favour. But his consciousness showed up when his wife suggested him to sit in his father's place. He absolutely refuses, saying Beylik is only gained with the help of God. What he said showed the valued trait he possesses. Although he eventually obliges his wife.

The ones who conquer with ambition, are dismantled only by defeat.

It is pretty much summed up by now that enemies are none like the ones we've seen before. Geyhatu from the Mongol side who seeks to kill his own brother in one of the worst ways possible already illustrates what kind of an enemy is at the door. Nikola on the other side hasn't budged for once and is replying back to the Kayıs with constant attacks. Now that he knows about a spy in the castle, we can wait for anything from that person.

It won't be long before we see an intra tribe conflict between Osman and Savci. It will be like picking up sides again. Plus now that Osman is sure that his Father sees his middle son worthy more than himself. Felaket geliyor!