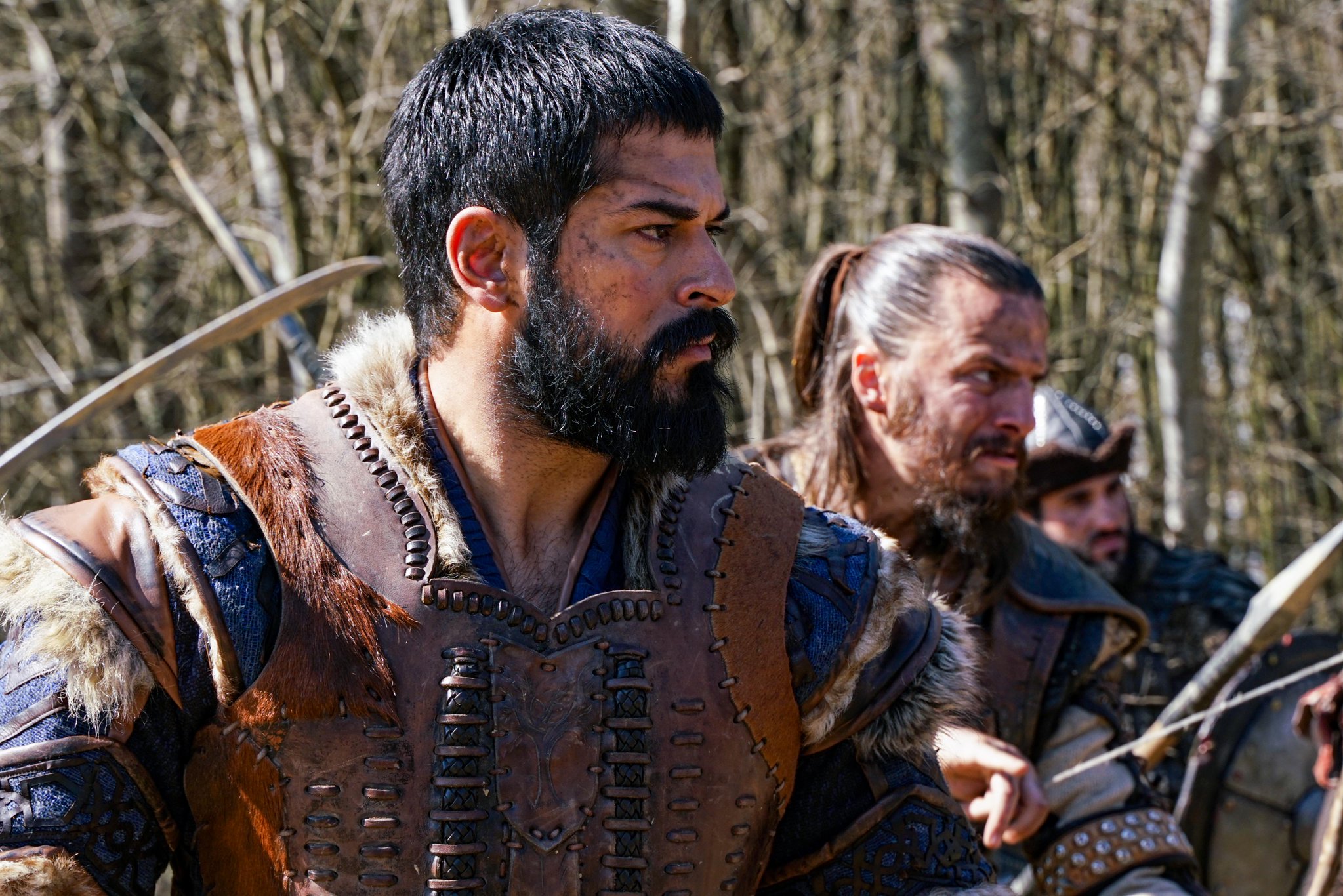 Previously, Osman bey had managed to catch Idris bey/ David red-handed in Söğüt but just when he was about to utter the other traitor's name, Dündar bey shot an arrow across his neck. Dündar bey manages to escape the scene of the crime with the help of Petrus' men. In this way, he learns about Petrus being the Pope's man. However Dündar bey's thumb ring slipped on the way which was later found by Malhun Hatun who hides it away from everyone including Osman bey. With the help of Göktuğ and Zülfikar Darvish (who is disguised as a priest in the castle) learns about Nikola being called to Constantinapolis by the Emperor. And decides to dupe him as soon as Nikola leaves the Inegöl castle. But since he shares his plans with Dündar bey, the plan is leaked and Nikola decides to trap Osman instead. And Nikola succeeds.

The episode began with Osman bey and his alps severely ambushed and hopeless. While Bayhoca was the one to take the first and deathly hit from Flatyus. Osman bey somehow manages to escape that ambush but unfortunately loses a huge number of alps there. Nikola sets on to continue his journey to Constantinapolis. While Flatyus is captured by Osman bey, which was a part of the bey's initial plan as Göktuğ had informed Osman bey earlier about Nikola ambush but however Osman bey wasn't aware of the severity of this ambush. Flaytus is brought to the tribe along with Bayhoca who is severely injured and on the verge of passing away. Eventually, Bayhoca is lost and Lena and Savci bey seek revenge from Flatyus. Osman bey's intention of getting the name of the traitor in the tribe from Flatyus is gone with Flatyus. On the other hand, Malhun Hatun who is sure that there is a traitor in the tribe yet decides to hide the ring and continue to send her options about the Kayı tribe to her father who is on his way to the tribe. Bala witnesses the mistrust Malhun possesses for Osman bey and it not only upsets her but also raises the tension between her and Malhun. While Dündar bey and Hazal Hatun are trying every other way to avoid getting caught and planning ways to emerge as a Bey with Osman's defeat.

With just tactics and huge losses in this episode, Bayhoca's death upset us all the most. That young blood was a true Alp. Never had bad intentions, always fought for the right and spoke the just. No matter what the spark in his heart for doing something and proving himself never went out. Characters like him were needed to stay throughout by Osman bey's side on this mission. He had the knowledge and was well aware of the value of the knowledge he had held. Bayhoca was a very huge price to pay for a traitor like Dündar bey who has never in his entire life done anything without his ill intentions. And Lena Hatun, the lady was pregnant and the way she held herself for her loss of a young son. The entire scene made our hearts crumble.

Well, this one thing was what I was confused to whether place as a moment of excitement or despair as it was a combination of both. Flatyus' end. He was killed by his own so-called love of his life and her love. When the presence of Flatyus in the same tribe which had just lost a bey's son because of him became unbearable for Savci bey and Lena, they decided to kill Flatyus themselves. Flatyus was stabbed to death. And later the couple proudly presented themselves at Osman bey and took responsibility for their actions. And I personally think that Osman bey was mistaken here. You cannot expect the same kind of understanding from someone else, especially from a couple who have just lost their young son. Also, Flatyus was not the kind of man who would let out the secrets he knew. After all, he was working through his hate he had from the türks and not for money where he'd change sides that quick. Picking out Flatyus as a who'd slip words from his mouth was indeed a very wrong decision. But in the end of the day, the man is dead. Flatyus who was nothing but an angel of death filled with hatred is no more. This is an exciting turn in the story. Though I thought maybe there was more potential to Flatyus' story than just a man filled with hate.

Togay is a mongol commander assigned by Geyhatu to get his hands on Umur bey. Umur bey is Malhun Hatun's father. Togay is here to defeat Umur bey and to gain revenge from Göktuğ who according to the Mongols has deceived Geyhatu. Seeing a new potential enemy for Osman, Pertrus and Helen quickly trade Umur bey for Osman bey and the documents with Togay. This resulted in Togay falling after Osman bey who along with Malhun Hatun is on his way to Umur bey to welcome him to his lands.

To my disappointment, which I was waiting for a while to speak about was the setup of Malhun Hatun and Bala Hatun against each other as soon as Mahun Hatun came in. I did a bit of research and it turns out Malhun Hatun will be here for a long time. (Spoiler ahead: Malhun Hatun is historically Osman bey's other wife) What was unnecessary here was the tension and growing dislike among the two ladies. While we know that they are going to live further together, for once let the women of the show not fight among themselves. At such moments, where positivity and help need to never run out, the clear dislike and tension would prove the exact opposite. Nevertheless, when Selcan Hatun is not around. While the actual reason for the short departure of the character is due to the actress is on maternity leave. Whereas the reason displayed on the show was pretty illogical. According to the show Selcan Hatun has set off to her own tribe, her sibling's tribe to invite them to join Osman bey's tribe as well. The ones who've been watching the show since Diriliş: Ertuğrul knows that Selcan Hatun was one of the orphan sisters who grew up in Süleyman Şah's tent as his daughter. Her only sister Gökçe was killed by Noyan the Mongol commander along with her husband Tütekin bey. Which means, Selcan Hatun has no one expect Ertuğrul bey. As her husband's tribe was already merged with Ertuğrul bey's in the last Season of Diriliş: Ertuğrul. Other than these major turn downs. I feel like the characters are going on a reverse ride. Lack of development of characters. Every episode what we get is Osman bey running after one battle to another, whilst losing Alps as if they don't matter, Traitors being in the same spot they've always been, The OsBal relationship no having any kind of development or ever a single move, the new characters enter and leave without leaving a trail behind, the main characters having no much of screen time. For example, Yavlak Arsalan. We still don't know if he has utter pure intentions or not, he just keeps appearing and disappearing from time to time without any proper explanation. It might feel as if I'm being negative right now but this is what I have been collecting since previous episodes and waiting for some improvement. When finally there isn't any, I'm simply pointing them out. Hope we soon get an explanation and improvement soon.