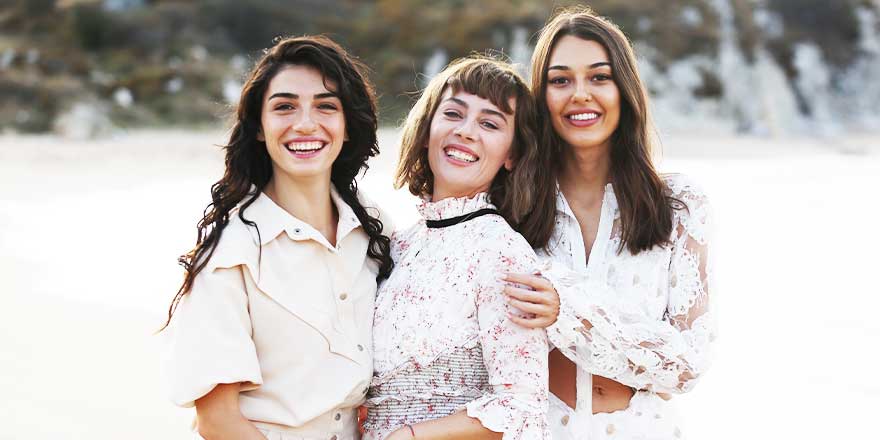 Would you take it if a devastating tragedy gives you the occasion to mend your past or alter your future? The muffled cry of a busted heart with a broken past, the cheerful intelligence of a generous soul with a noble dream and the naïve goodwill of guiltless simplicity with question marks innocently walks into a furnace of a horrifying calamity and does exactly that. How? Why? Give Ay Yapim’s Alev Alev the chance to demonstrate to you how to heal with your wounds open. So far a faithful yet contemporary remake of the original French drama miniseries Le Bazar de la Charité (The Bonfire of Destiny), in Alev Alev three connected yet separate lives and storylines emerge from a destructive fire to find a common ground for existence by moving to the higher ground of identity and purpose.

A drama series in a shroud of mystery, Alev Alev affirms the words of Jim Wallis, “Sometimes it takes a natural disaster to reveal a social disaster”. An excited Rüya Yildirimlar (Dilan Çiçek Deniz) who just received her lawyer practitioner certificate opens the series organizing the final arrangements for the biggest charity event 2000 Women 2000 New Lives at the old historical Yedikule Reservoir. Daddy is so proud of her. Çiçek Görgülü (Hazar Ergüçlü) feels honoured and loved in her little world where Rüya is her best friend and Ali (Toprak Can Adigüzel), Rüya’s chauffeur is her prince-charming and fiancé. Daddy is, unfortunately, not around to cheer for her. Cemre Kayabeyli (Demet Evgar), Rüya’s cousin, and her daughter Günes (Kayra Orta) pets a kitten in secret, lamenting they cannot keep it. Daddy does not like it.

Former mayor and highly respected lawyer Celebi Kayabeyli (Cem Bender) forces wife Cemre to eat psychiatric drugs and mercilessly kicks her with his booted leg to the ground when she tries to spit it out. Here the screenplay pacing itself echoes our pulsating heartbeat that in another couple of seconds you see him break a glass lamp onto his head, self-harming to continue the fake narrative to the world outside, even to Rüya that Cemre is mentally ill, doesn’t take her pills and is violent. No that’s not it, in another few minutes he is in the streets as the face of women’s rights and justice. Boy is a physically abusive narcissist. Iskender Kayabeyli (Berker Güven), Celebi’s brother and Rüya’s fiancé is poised to be a major media boss in the future. He suffers from a fragile and insecure male ego that shape-shifts to grandiose anger before anything and anyone authentic. No, he is not going to get burned a bit to rescue even his fiancé, let alone her maid Çiçek. Boy is a spoilt, arrogant, selfish coward. Ali seems to be a nice boy who cares for Çiçek. He seems loyal but lacks lessons in letting a woman be, respecting her individuality. He wants Çiçek to keep fitting into his idea of how his fiancé/wife should be and his dreams for them. What if, one day Çiçek wakes up as someone with a different identity and opinion; someone who doesn’t fit Ali’s imagination? Boy is a simple common man who is a product and carrier of patriarchal expectations.

Ozan Akinsel (Berkay Ates) is an honest journalist who does his best to be a voice to the voiceless. He recognizes the dire desperation in Cemre’s movements, voice, and behavior that he just decides to help her. The small, silent eye talk between him and his mother as she finds out who Cemre actually is coveys a lot about how he was raised. He is a mountain spring, so pure and refreshing that he is hard to duplicate. Ömer Atayci (Cihangir Ceyhan) is a man who uses his journey as an orphan to inspire the kids in the neighbourhood. A protector of lives and their individuality, he would take burns for even strangers and fights till the last breath. He doesn’t give a darn about the system or its protectors. He is a clay baked in the fire of life so privilege’s scorch is not going to faint him.

Günes is a girl who kisses the bruises on her mother’s body, understanding things beyond her age, asking specific and real questions. She lives each day relying on her experience that her mom will never break a promise. Mom’s presence means a completed drawing of a dream. Atlas (Kaan Sener) is a little boy who is his grandmother’s beloved and mother’s only treasure. We don’t know anything about his dad. He loves his mom and holds on to people for a sense of security. Mom’s absence means an incomplete human touch. These are two kids who grow up in two broken families with the women in their life as their lifeline. As per episode one, Günes is the light that sparkles hope, and Atlas is the map that will redirect some paths.

A fire breaks out trapping and killing many of the city's affluent women along with a few men. Alev Alev stages this disaster and inspects whether those presumed dead will use that status to change their destiny. This fire does what any fire would usually always: burn, wound, destroy, purify, illuminate, enlighten, renew, energize, alter, transform. This fire will expose friendships and family ties. This fire will reduce status and wealth to mere numbers in a morgue. This fire will ignite new romances and light a different path. This fire will destroy to call forth justice; this fire will wound to force a healing.

The fire breakout and its consequences dominate the first episode. But interestingly, what makes this fire’s flames stronger are the melting yet indestructible golden lives that defied its burns to restore faith in humanity. What’s more defying is the dire guts of a trembling tortured woman using this calamity to choose freedom from the hell her life already is. Here, the temporal importance of Alev Alev within the context of the cultural and social awakening of Turkey towards domestic violence and abuse against women, in general, is crucial. Globally too, since the Covid-19 global pandemic the incidents of violence against women have increased worldwide since the lockdowns were implemented (UN Women, 2020). As much as this invisible fire of our times kills confidence, injure identity, and bruise flesh, there is a stronger-than-ever force within and without that echoes that enough is enough. There is a rising desire to break free from the abusive narcissist Celebis and spoilt egomaniac Iskenders.

Will Rüya start helping from a place of her own healing than mere charity? Will Cemre tell her heart to beat again and redefine womanhood to Günes? Will Çiçek be the woman embodiment of the mythical Phoenix spelling beauty for ashes? Will Atlas’ grandmother Tomris Üstünoglu (Zuhal Olcay) restore individuality or alter identity? Will a DNA test lead to more bruises and abandoned hollers? Will childhood be respected or will sudden growth cripple progress? Will a slap of dignity humble or will it dig ditches of threat and revenge? What if the fire breakout was not an accident after all?

Director Ahmet Katiksiz seems to keep this series faithful to its French original, at least the first episode is. The screenplay, pacing, the touch of mystery, and the directing seem to closely imitate the original.  But considering the French one is just 8 episodes, we are eager to see how Ay Yapim will stretch the storyline to stay faithful to the Turkish dizi format. Music maestro Toygar Isikli's musical score is a bonus that enhances and energizes the series' effect.

The casting for Alev Alev is very strong and interesting. Demet Evgar (Cemre) steals the limelight with her sensitive, focused, and effective portrayal of a woman who is a victim of domestic violence and narcissistic abuse. Dilan Çiçek Deniz (Rüya) fits perfectly for her role. Those who have seen her as Sena Koçovali in Çukur and Elif in Yarım Kalan Aşklar can expect to see her deliver another consistent convincing performance. Hazar Ergüçlü (Çiçek) simply surprises. The fierce fighter Zeynep we last saw in Netflix’s The Protector is a total stranger to Çiçek. Hazar keeps flexing her acting muscles and with Çiçek she has delivered a contained, nuanced, flexible performance.

Cem Bender (Celebi) successfully pushes us to instantly dislike his venomous character. The split-second change of expressions and image projection typical to all narcissists and abusers is demonstrated with depth and precision by Cem. Berkay Ates (Ozan), Cihangir Ceyhan (Ömer), Toprak Can Adigüzel (Ali), and Zuhal Olcay (Tomris) deliver very believable and likable performances in the first episode. We are yet to watch their characters blossom into their full potential and life in the coming episodes. The child actors Kayra Orta (Günes) and Kaan Sener (Atlas) too win our hearts with their maturity and innocence.

Overall, the soul of this series reminds of a verse from the song Together by For King and Country that was released in the context of the Covid-19 pandemic: This is for the second chance/ This is for the new romance/ Sing [Watch] it for the loved in vain/Overcame, it's not too late. With Alev Alev, enter the fire, face the flames, feel the heat, burn the ropes, melt the chains, and flex the gold. 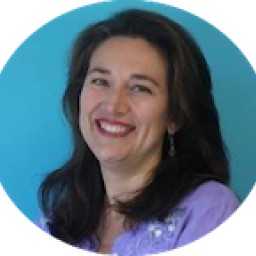 Great review. I am really curious as to how this series will evolve compared to the French original since the Turkish remake transposed it from the XIX to XI century. 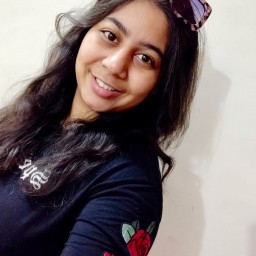 Thank you :) Yes, and also considering how much the Turkish industry stretches the story!! :D