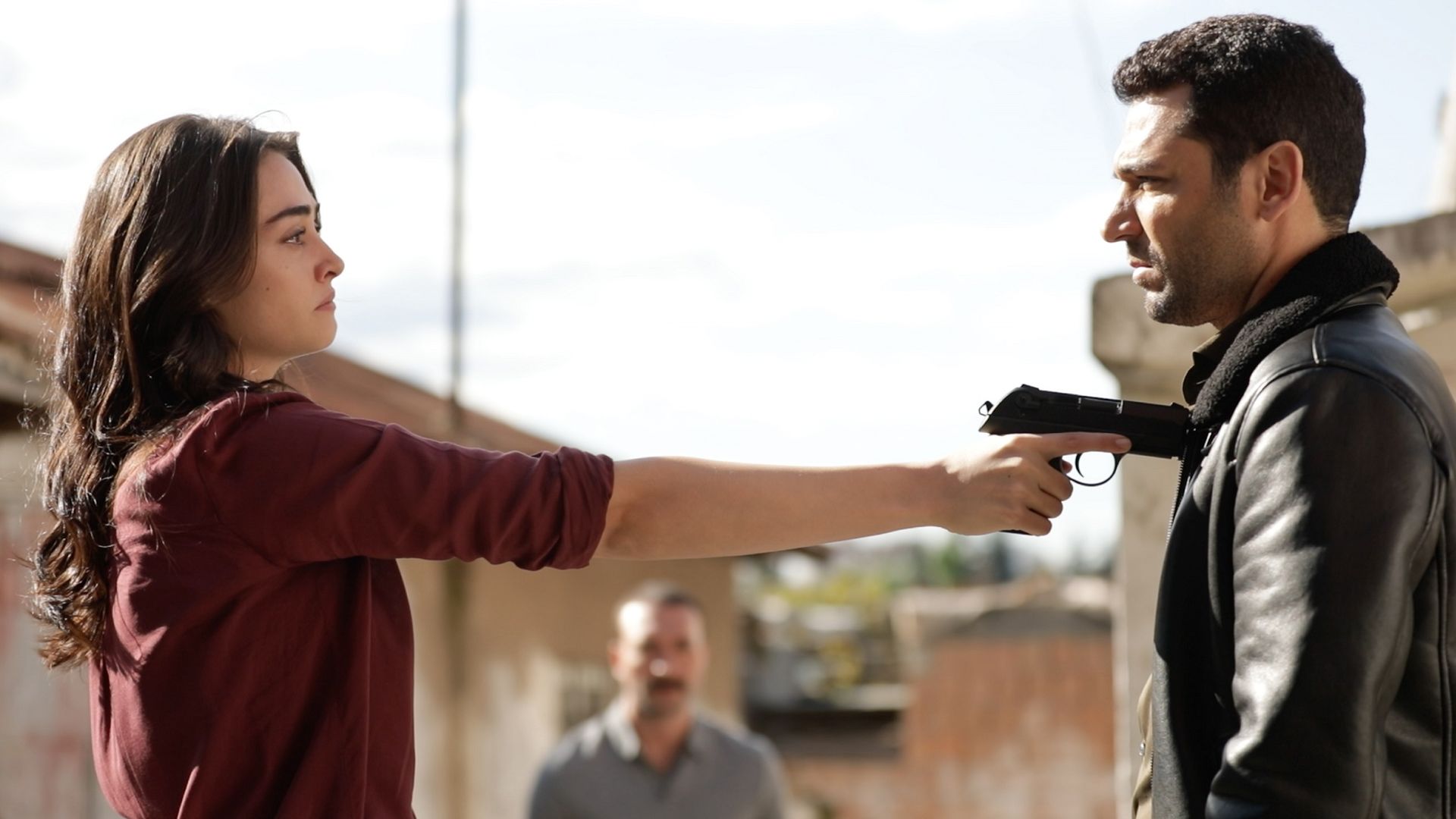 From the trailers leading up to Episode 2 of Ramo, it was clear Esra Bilgiç was a top contender for this week ‘Performer of the Week’ (POFW).

For many who aren’t much into historical dramas, Ramo is a first introduction to the phenomenal actress Esra Bilgiç is. Unlike in Diriliş: Ertuğrul where she starred as Halime Hatun for many years, the women in Ramo not only have a voice but have a place and influence.

In Episode 2, Sibel (Esra Bilgiç) learns of the occurrences of the previous episode – her on-and-off fling? archnemesis? aka Ramo murdered her father and brother after a showdown between both parties. Upon hearing the news, she is overcome with grief that she could barely express herself. Bilgiç begins earning her POFW title acting out Sibel’s devastation and being the badass that she is, it was predictable there was more to come.

Moments later, having fully processed what had happened, Sibel hits the streets of Adana, gun in hand and ready to bring Ramo to account. As she yells at the top of her lungs ordering Ramo to make an appearance, we knew she meant business.

In the subsequent minutes that followed, Bilgiç delivers a brilliant performance expressing the rage of a woman scorned. Even with her emotions forefront during the scene, Bilgiç still manages to come off completely fearless as she wields her gun so effortlessly in the midst of so many male characters. In fact, Bilgiç’s spot-on performance in such a high tension-filled setting had us feeling scared, and not for her, but for the people up against her during the confrontation.

Being paired with an actor was incredible as Murat Yıldırım is no easy task, and it was pretty clear Esra Bilgiç had something to prove more-so to the people who doubted she was up for the task. With her performance in the episodes of Ramo so far, she has certainly shown she’s very much capable of holding her own.

We are looking forward to keeping tabs on her character’s development through the season.

Another one of my favorites “Ramo”!! wow how I love this series. Esra Bilgiç’s ‘Sible Is fabulous. She has proven to be strong & willing & able to anything for the man she loves. 💥🤗💞