FOX premiered its highly-anticipated YA drama, Öğretmen, last Wednesday. In the series, Afra Saraçoğlu stars as Gizem, one of the students being held hostage by their teacher, mere days to their graduation. The reason the teacher is keeping them hostage? A fellow classmate of theirs, Rüya, committed suicide after being bullied.

In the premiere episode, Gizem is the center of attention as her classmates blame her for their current circumstances because she used to be best friends with the victim. Gizem's classmate seemingly bypassed the fact that they were already in big trouble for bullying but it is in the midst of the badgering that an emotionally-stunted Gizem truly shines.

Having being coerced by her peers to take the fall for what happened to Rüya, an overwhelmed Gizem breaks down in the middle of the classroom, effortlessly hopscotching through a convincingly devastating thread that transports us into the to the brutal reality of the level of bullying so many teens still face today.

The most chilling scene from the episode happens when a Gizem stretches out her hands and then hits the ground, acknowledging to shunning Rüya due to being scared of her peers marking her guilty by association. "I was scared of being excluded like Rüya," she cried, as her trifling classmates tried to hide their excitement having found their scapegoat. Saraçoğlu's performance is essential here, an aching wound of ever-budding anguish, believable and raw even when surrounded by a lot of new but impressive talents.

Saraçoğlu is no newcomer to showbiz but Öğretmen is a good refresher on her strength as an actress as she helps her character Gizem to flourish within the story. 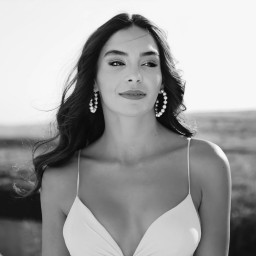