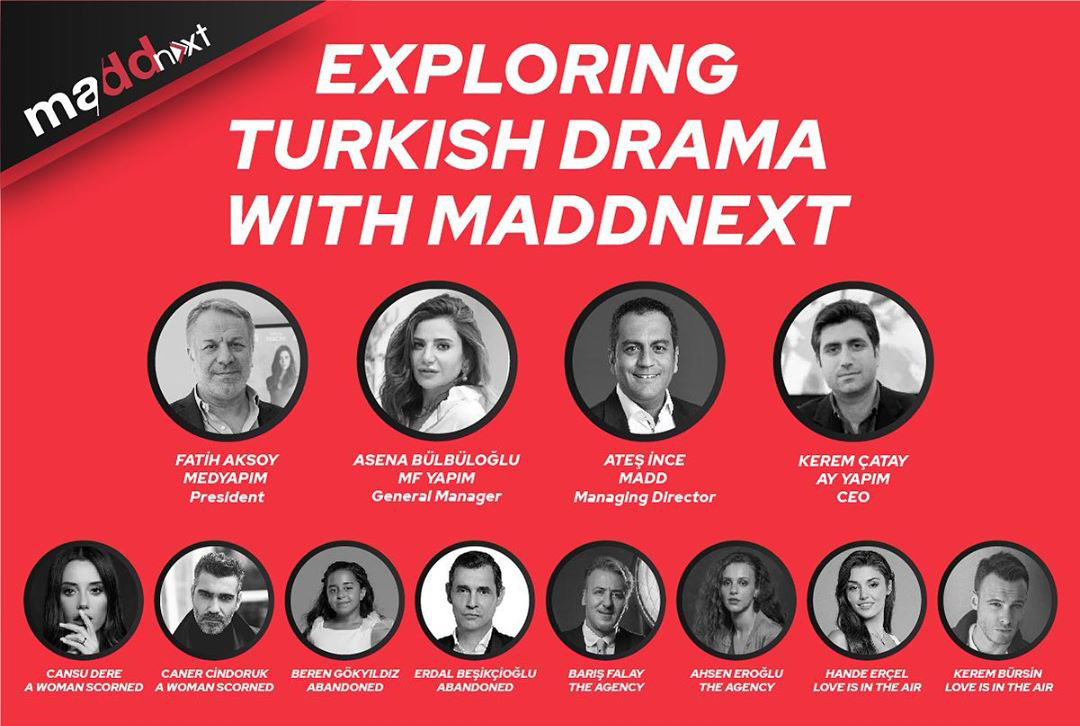 After the incredible success of the first edition of the event, MADD Entertainment has set November 3, 2020 for MADDNext the second edition of Natpe V-Front, a stand-alone virtual opportunity for MADD to showcase their new slate of dramas to the international market, the press, as well as other media professionals.

Over 400 media professionals from 82 countries attended MADD’s first NATPE V-Front, a testament to Turkish drama’s global importance.  In addition to presenting some of Turkey’s freshest new content, MaddNext is an opportunity to hear directly from the leaders driving Turkish drama.

A Woman Scorned (Sadakatsiz), Love Is In The Air (Sen Çal Kapımı), The Agency (Menajerimi Ara), and Abandoned (Çocukluk) are the dramas to be showcased during this MADDNext event

The special event, which will highlight "the cutting edge of Turkish dramas," is set to be moderated by some of the industry's heavy hitters; General Director of Madd Entertainment, Ateş İnce; CEO of Ay Yapim, Kerem Çatay; President of Medyapim, Fatih Aksoy; and the general director of MF Yapim, Asena Bülbüloğlu.

Dizilah will hopefully be covering the event again this time so stay tuned for more updates.