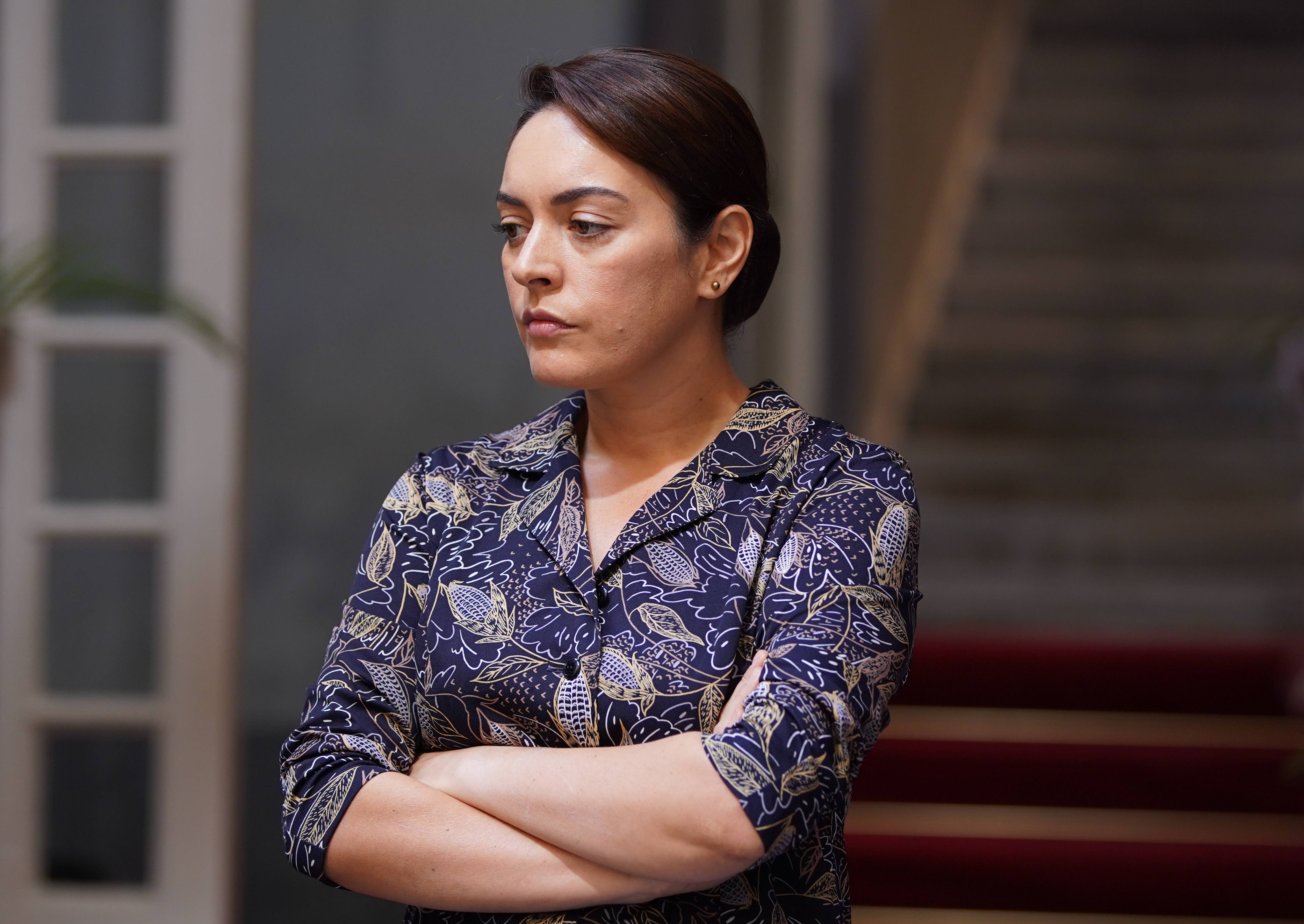 The series - adapted from an acclaimed book by Dr. Gülseren Budayıcıoğlu - centers on a tight-knit nuclear family, wherein, jarring forms of mental illness dictate every move of their day-to-day lives.

Ezgi Mola embodies the character Safiye, who is bound in the grip of a harrowing form of obsessive-compulsive disorder, which keeps her homebound.

For Safiye, what would seem like simple tasks to others are an immense struggle. Her daily regimen consists of incessant hand-washing and sanitizing, keeping all items in a specific order, and probably the fascinating of them all – washing fresh produces like tomatoes at least 3-5 times and with detergent.

A victim of unprocessed childhood trauma, Safiye follows in her mother's footsteps in wanting everything in the "Apartment of the Innocents" to be a particular way,  and with that comes an excruciating obsession with cleanliness.

The authenticity of Ezgi's performance borders on sensational; particularly in her meticulous attention to detail to her character quirks. From always remembering to put on gloves before placing her hands in "dirty" places to getting donned in a hazmat suit before disposing of trash, Ezgi does a brilliant job of giving the viewer an uncensored look at what extreme mental illness is for those that suffer and how it can completely envelop one's reality.

The tragedy of mental illnesses like OCD is that they manifest differently from person-to-person, sometimes in form of varying forms of obsessions, other times more aggressively. In Safiye's case, her disorder manifests itself through a morality lens, representative of the apex of inherited trauma and emotional abuse she suffered at the hands of her mother. Interestingly enough, Safiye's mother has since passed away but she still finds herself carrying the touch of the aforementioned abuse, doing on to her siblings, what her mother did to her with an equally obsessive and judgemental touch.

At a breaking point, Safiye commands an interesting level of confidence for a character with a debilitating disorder that has seemingly taken over her life and with her extreme form of OCD now fully embedded in the core of her family, the self-proclaimed "Crazy Dudu" has managed to create a highly self-controlled world where nothing moves without her abject approval.

The earnest sincerity that Ezgi brings to her full-fledged embodiment of mental illness is so convincing and resonant, and in turn, succeeds in offering an unsettling look at the world as Safiye has come to see it.