THE PERFORMANCE | The first word that comes to mind when actor Burak Deniz is mentioned is "range." In his role as Kadir in Blu TV's Yarım Kalan Aşklar, Burak's versatility as an actor allows him to do much more with the character, particularly in the show's over-the-top dramatic sequences.

It's hard to think the writers of Yarım Kalan Aşklar did not have Burak Deniz in mind when writing his character because, with every episode that has aired so far, the actor has proven that he was indeed born to play Kadir.

In Episode 4 of Yarım Kalan Aşklar, the debt Kadir owes the ruthless mafia boss, Ismet, which has been hanging over his head comes to bit him in the behind – big time – as his daughter Ada and ex(?) are kidnapped as collateral.

Racing against time, the forever-tired-looking Kadir put his multi-tasking skills to the test; attempting to resolve a pending homicide case, find (or steal) some money to pay off his debts, and lastly, follow more traces to help solve the murder of the man currently inhabiting in his body.

As he fumbled his way through the hallways of his prescient, looking suspect as hell as he mentally tried to come up with solutions to his problems, he receives a call from one of his many side-pieces, who just happens to be the actual girlfriend of Ismet, the mob boss, keeping charge at the location where his daughter and ex are being held hostage.

As Montovani and His Orchestra played in the background, Kadir had found a temporary solution to one of his problems – theft. He had a plan: steal some seized funds from one of their police raids, in the hopes nobody would notice? His plan worked out great for about 2 seconds until his stumbles across Ebru, another homicide cop under his command, on his way out of the precedent. accusing him of committing the murder they've been trying to solve.

With 29 mins now left on the clock Ismet set for him, the love Ebru has harboured for him in secret for years and a promise of a couple of thousands of lira, temporarily saves him from her accusations of him committing murder and Kadir makes it just in time to safe his family.

In the last minutes of the episode, Kadir scores another win, but this time for Ozan and with the help of Ozan's girlfriend, Elif. Having forwarded the evidence they gathered to the press, a physically dumfounded Kadir kisses Elif and is shocked when she responds to his kiss by calling him "Ozan."

Kadir is one of those characters we just love to hate, and casting was done right here with Burak Deniz as he is so incredible in the role, and so seamlessly, blurs the lines between love and hate.

From the start of each episode to the very last second, Burak goes all in, boasting a riveting performance full of intensity. Using his body to garner unyielding sympathy for Kadir, a character that is is equally repellent as he is mesmerizing, Burak breaks ground with every one of his scenes.

I have thoroughly enjoyed every episode so far. Burak Deniz is not only superb but truly mesmerising to watch! 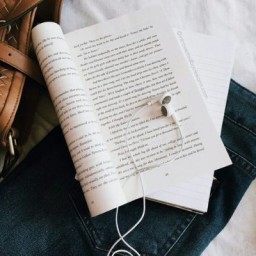