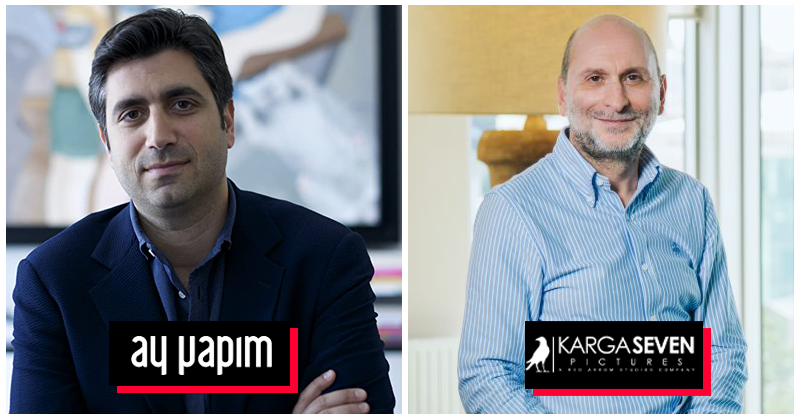 The brains behind two of Turkey's biggest production houses have united to form a brand new production company, according to journalist Sina Koloğlu.

This is fantastic news for the dizi industry at large because the newly-formed production company will be led by such high caliber producers, who have both lifted their existing companies to award-winning status through the years.

Ay Yapim's current repertoire is filled with nothing but hit dramas; the likes of Kara Sevda, Çukur, Içerde, Kara Para Aşk, the list goes on. Red Arrow Studios-owned Karga 7 on the other hand, is somewhat newer in the dizi space, but their productions (Her Yerde Sen, Rise of Empires: Ottoman) have achieved created success thus far, mostly in part to their fresh approach to producing dizis!

From the sounds of things, digital platforms will likely be given priority when it comes to the products of this company, the reason being K7's Ömer Özgüner's increased desire to create quality Turkish series for 'open channels' aka with fewer restrictions.

It's worth noting that earlier this year, there were reports of Kerem Çatay also creating a joint company with Suavi Doğan, the former general manager of Show TV, who is also credited for the success of series like Çukur and Içerde during his time at the channel.

Long story short, if this is all the same company, the dizi industry sure is in for a major storm in the coming weeks!

The industry is already abuzz with rumours about an Ezel-esque drama series.