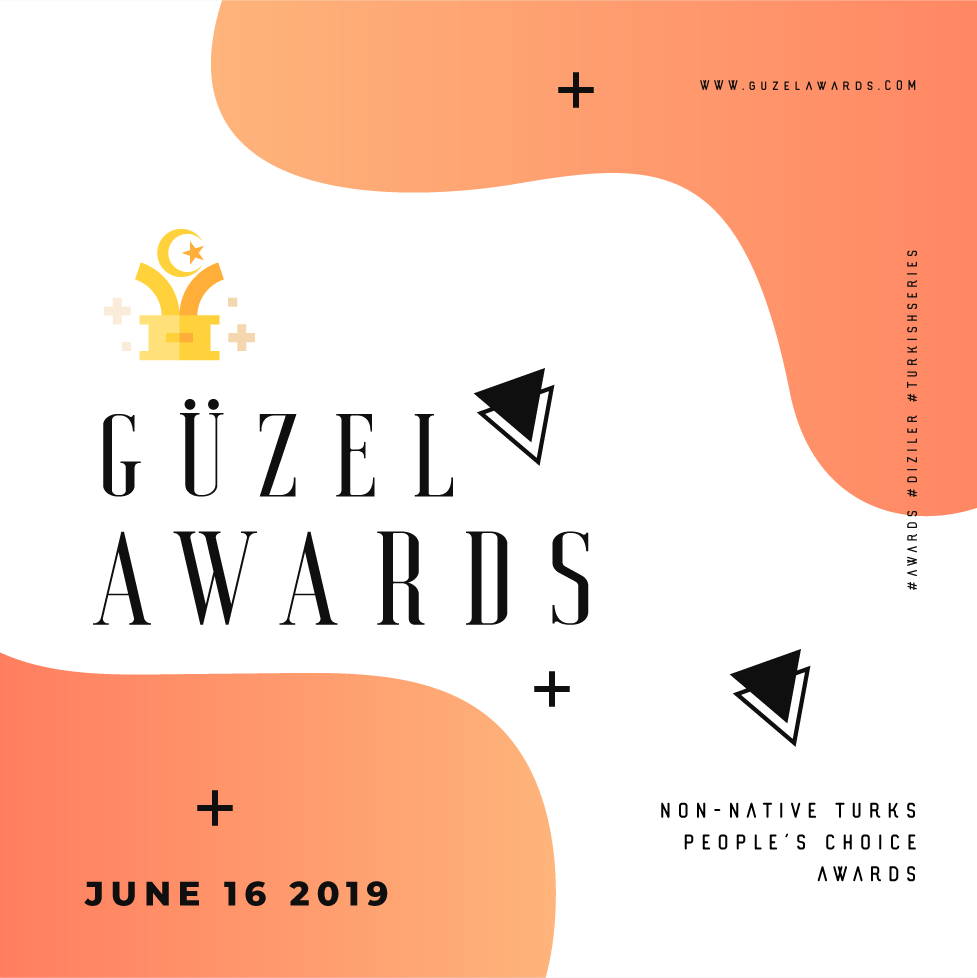 Variety reported in 2017 that ‘The Turkish TV wave is still going strong.’ In 2018 Daily Sabah further backed up this claims reporting that Turkish TV series, airing in over 140 countries, exceeded $350 million in exports [to international markets]. This uptick isn’t going to be slowing down anytime soon as everyday, someone new is discovering a Turkish show and falling instantly in love with the characters.

As fans of Turkish series, we thought it was about time we organized our own award ceremony, highlighting our favourite shows and actors.

The first-ever Güzel Awards will be held online (HA!) and the winners for each category will be announced during the ceremony on June 16, 2019.

Winners will be determined by the number of votes cast in EVERY category, with the actor or show with the most votes winning the prestigious award.

Since there are so many fantastic shows that aired, we'd like to keep the voting as precise as possible. What this means is that at the end of the nomination period, only five (5) shows will advance to the finals.

To nominate your favorite shows and actors, visit guzelawards.com!