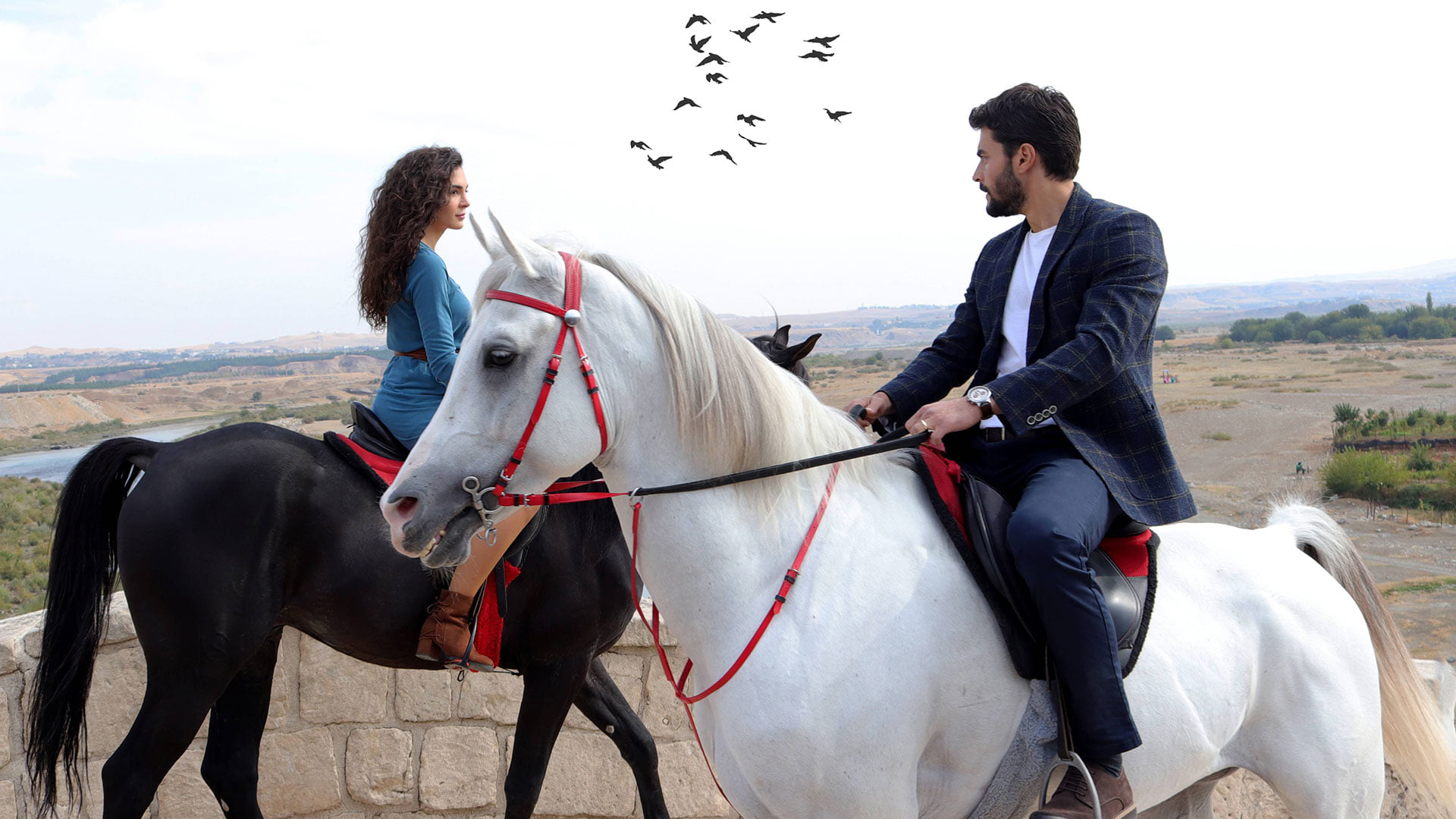 A child mounting the most beautiful swing, mouth open in an exclamation of giddiness, an arm holding for dear life while the other is out-streched towards the open sky, almost reaching the invisible stars, never imagines an end to his journey. And as the speed keeps increasing, the end seems further and further away until gravity plays its part, the movement loses momentum and the swing comes to a full stop slowly, announcing the end and yet it still feels abrupt to the once laughing soul. And today, the Hercai swing comes to an end after two and a half years of exhilarating moments and unforgettable firsts for the fandom riding it.

But how does one quantify these past 770 days of Hercai: In the number of episodes? In the amounts of awards? In countries it has been sold to? In views on YouTube or ratings ? In rivers of tears they forcefully extracted from each fan with heartbreaking scenes that left them gasping for air? In ear-to-ear smiles they elicited with the most heartwarming moments? In blushes provoked by the most innocent scenes but enacted by the most explosive chemistry?

And once quantity is determined, how does one say goodbye to the “İntikamdan doğan imkansız bir aşkın hikayesi” that conquered the entire world?

When the first episode aired, Cem Karsi, the former director proudly declared to his two nervous leads: “ No matter what the ratings are, the whole country will be praising your chemistry”. But instead of just Turkey, the cold-hearted orphan and the girl who believes in fairytales’ chemistry conquered the whole world, stretching their wings across the continents and creating a fandom made out of all backgrounds, swooning over every episode.

Today, declaring for the world to hear that their love story is a work of art has been nothing but accurate since it all started in an underground museum where the sun has a moon-like halo, casting an ethereal glow on the angel who dropped a butterfly hair clip, unknowingly sealing the heart of the man who picked it up.

Through Reyyan and Miran we fell in love with love or the idea of a pure unadulterated love that knows no bounds nor rules. We fell for the ever vengeful man who swore once “Reyyan yoksa Miran yok” and made bridges, guns, blazing fires, and sworn enemies witness the lengths he would go to uphold that vow. We fell for the wild bird trapped in a cage, who made his vow her own too, who faced just as many thorns as he did and who mended the invisible scars of his orphaned heart and uprooted the seeds of hate to plant beautiful dreams instead.

But if we came to blindly love these unforgettable characters, the origin shall always remain the masterful performances delivered by Ebru Şahin and Akın Akınözü in the most heart-stopping moments and even the most mundane ones.

Akın Akınözü, the actor who painted his character with fine brushstrokes to add color to the cold-hearted marble he was given in the first scenes and amount to the suave lover and later loving father he became. Be it in silent scenes where his eyes shouted dialogues his closed mouth never uttered or cathartic ones in which his screams woke the compassion in us and made us adopt the orphan he was, Akın truly embodied Miran to perfection that makes it impossible to imagine anyone else instead and prompts every viewer to thank their lucky star that he took this journey with us.

Ebru Şahin, the actress who gathered Reyyan’s burned feathers one by one in each episode, slowly but surely creating new wings for the caged bird who burned hers with her own hands to stop others from clipping them away, and amount to the phoenix whose return was awaited by everyone. Be it in the gut-wrenching scenes where she made our hands reach for the screen to wipe away her tears as her screams keep chillingly resonating in our ears, to the ones where she made the line between character and actor completely blurred, Ebru truly transformed each performance of hers to a theater play where each viewer felt like the only privileged one who gets to witness her moments, thus allowing their tears to flow.

And while our leading couple created an eerie atmosphere in which a pin drop silence occured in our lives with each scene where they merely stared at each other, credit also belongs to every member who was in the arena with them, whose face is still marred in blood, sweat and tears. These gladiators are the entirety of our cast and crew, from the legendary Ayda Aksel who made every scene seem like a sophisticated short movie, to those working behind the cameras such as our cinematography maestros Ali Ilhan and Erhan Kozan, who turned every nature scene to a painting and every confrontation to a chilling masterpiece.

Accompanying them through each step was the silent actor that maintained the mystic air of Hercai from the first day until the last one : Midyat. From its magical streets that added solemnity to the moment Reyyan put henna on Miran, to the old castles that gave Hercai a fairytale-like atmosphere, to the painting-worthy sights of Beyaz su and finally the cliff that saw a couple stand on the edge of it, daring it to swallow them for death together was no scary faith, Midyat truly gave Hercai the authentic element to take it from excellent to legendary.

The story, unfortunately, comes to an end today, and so we bid goodbye to the giant Hercai that shall not grace our screens with its weekly presence but that will always remain the ethereal story that won’t be forgotten for a century.

Pictures by: many members of the fandom including: @honeysuckle033, @blouissement, @humna_9999