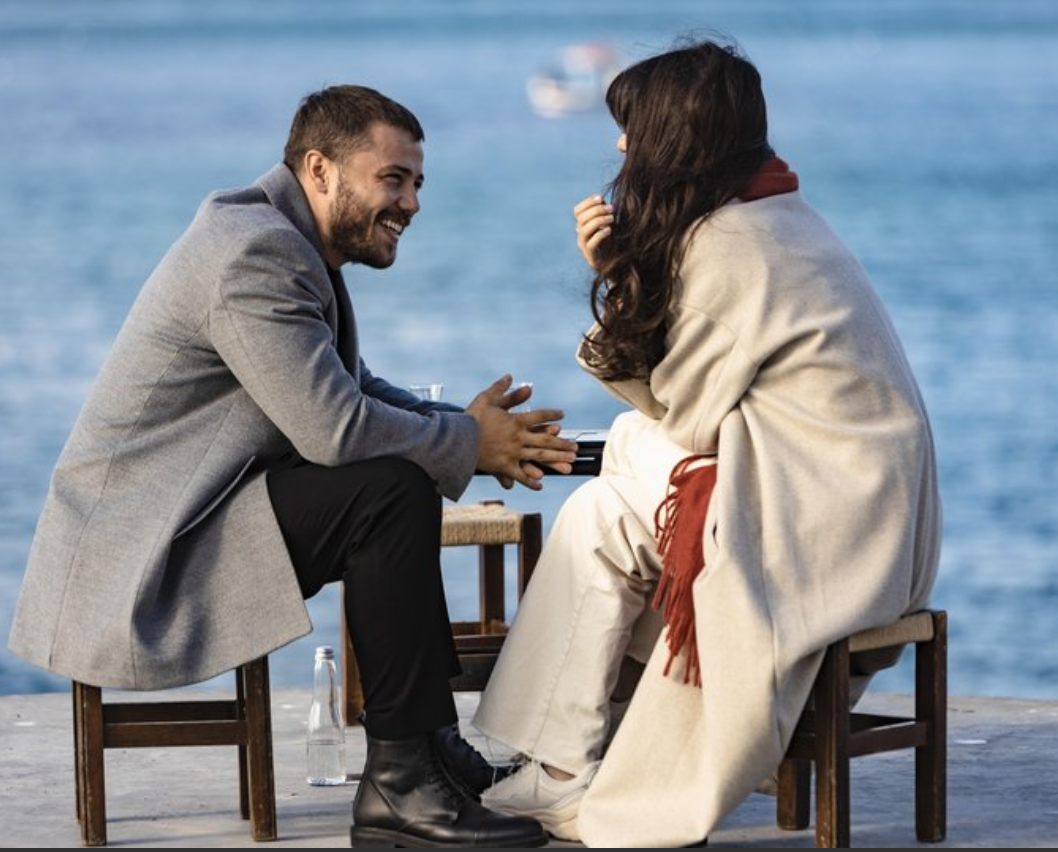 Once Ariza arrives at the warehouse, Jabir opens fire shooting Mert.  As Hasmet, Sabri and Ariza try to defend themselves, Burak arrives.  This allows Ariza to get his wounded brother and take him to the hospital.  Hasmet and Sabri run out of bullets so they too escape.  Burak realizes he’s left alone so instead of attempting to kill Jabir, he also leaves.

Ariza calls Halide once Mert is in surgery so she can let his mother know.  While waiting for news of Mert’s surgery, Ariza finds out Muzaffer survived the attack and is in the same hospital as Mert.  Muzaffer warns Ariza that Jabir is already checking hospitals to find him.  He tells him to prepare for his attack.  Muzaffer gives Ariza the option to decide if he wants to risk an operation at the hospital to capture Jabir.

Burak updates Fuat and Mithat. They’re surprised no one informed them of the situation since Jabir is still alive.  Mithat informs Fuat their situation may escalate within the consortium if Jabir continues to taunt them.

Later that evening, Jabir arrives at the hospital with his men.  They disguise themselves as medical staff and as they make their way to Mert’s room, they’re captured by Muzaffer’s men who shoot the entire entourage except for Jabir.  Ariza grabs him and proceeds to beat him until Muzaffer arrives and stops him.  Before he can take him into custody,  Ariza asks him for two days to allow him to convince Jabir to help him destroy the consortium.

Once Jabir becomes conscience, Ariza asks him to help destroy Burak.  Jabir refuses but Ariza convinces him by reminding him that he’s his only chance at living otherwise he will be turned over to the Americans.  Ultimately, Jabir agrees and the plan is set into motion.

The first part of the operation involves Sheymuz getting attacked in his car and Galip is attacked as he leaves his hotel, both by Jabir.  They arrive to the consortium meeting angry and upset that Fuat and Mithat haven’t been doing anything to capture Jabir.  As they get into an argument, they all receive a call from Jabir.  He reminds them that he still wants payback for his weapons that were destroyed and the attacks on Galip and Sheymuz were “messages” from him.  He demands the person who killed Salman, which is Burak.  Fuat refuses.  Galip and Sheymuz ask Burak about the agreement he made with Salman’s contact and Burak blames the contact for not following through with their deal.  Ariza interrupts and informs the partners he heard Jabir talking about a person named Davut, which the partners know.  They have him brought in who informs them he just arrived into town but his role only involved handling the shares that Burak sold.  Apparently, the shares were associated with a client who was directly related to Jabir.  This angers the partners causing them to start attacking each other.  Ultimately, Sheymuz accuses Burak of destroying the weapons on purpose which angers Fuat who demands proof of these claims.

Later, as Halide arrives home from the hospital, she encounters Burak.  He attempts to woo her by writing her name on the ground and lighting it on fire.  He then proceeds to propose marriage.  Halide extinguishes the fire and rejects his proposal.  Burak reminds her of her promise however Halide tells Burak that she knows Ariza saved himself from Jabir.  Sabri overhears their conversation and confirms that Ariza had already escaped from Jabir before he arrived and Ariza had also saved Mert himself during the shoot-out with Jabir.  Burak becomes angry that Halide broke her promise and tells her that she’s making a big mistake for not keeping her promise to him.

Ariza and Hasmet discuss the intense conversation from the consortium meeting on their way home.  Hasmet tells Ariza things will get dangerous if the consortium falls apart.  He says the partners will all become enemies and they will start attacking each other.  Ariza reminds Hasmet that their plan was to destroy the consortium but Hasmet clarifies that destroy and disintegration are two different things.

Fuat and Mithat meet with Burak who suggests they kill Galip and Sheymuz and blame Jabir.  However, Fuat refuses to have them killed and decides to hunt for Jabir himself to take him down.

Galip and Sheymuz are still upset after they leave the meeting.  They plan on proving Burak is responsible for destroying the weapons which started the problems with Jabir.  To get proof, they decide on kidnapping one of Burak’s guards that were with him the night the weapons were destroyed to get him to confess.  They want to ultimately give Burak to Jabir to settle their problem.

The following day, Mert’s condition improves so Ariza and Halide take a break from keeping watch at the hospital.  Ariza reminds Halide they have a conversation pending.  He asks her if she still plans on leaving.  Halide explains she has decided to stay to open a clinic in his neighborhood.   Her news makes Ariza very happy however their happiness is interrupted when Halide receives a call from Burak.  Ariza answers her phone which causes Burak to become furious when Ariza refuses to let Halide speak with him.  Burak tells Ariza he’s nobody to tell Halide who she can speak with.  He also tells him that she’s going to marry him so for him to talk to Halide.  Ariza hangs up and questions Halide.  She explains that she reached out to Burak while he was missing to get help. Ariza becomes upset and tells her he would never accept his help even if his life depended on it.  Halide also becomes upset and yells at Ariza that she’s fed up with his macho attitude and calls him a coward for not being able to express his true feelings for her.  Ariza then takes Halide in his arms and kisses her demonstrating his true feelings.

Meanwhile, Galip kidnaps one of Burak’s men to question him about the night the weapons were destroyed.  He asks if Burak destroyed the weapons himself but when they don’t get an answer, they continue to beat him.

Ariza’s second part of his operation is to kidnap Derya and Murat to force Mithat and Fuat to give up Burak to Jabir.  Derya is taken from her house by Muzaffer’s agents who disguise themselves as manicurists.  Murat is kidnapped from the Taxi Café when he leaves his house looking for Fusun.  After Murat is taken, Fusun calls Ariza to help.  As she’s waiting, Burak arrives looking for Murat.  She tells him that he’s been kidnapped.  He blames her and starts yelling at her however Ariza arrives.  They have yet another confrontation.  Ariza tells him to leave Fusun alone and demands that he leaves.  Burak attempts to threaten Ariza but he cuts him off and tells him that before he’s done with him, he’s going to wish that he killed him at the wedding.

When Burak arrives home, he tells Fuat to turn him into Jabir so he can return his brother.  He says he doesn’t want his brother to die because of him.  Fuat refuses and tells him they will find Murat and bring him home safely.  Burak tells his father if something happens to Murat, he will kill himself.  At that moment, they get word of Jabir’s location.

The last part of the operation occurs during the rescue.  Fuat and Mithat and their men arrive at Jabir’s hiding location.  They rush looking for Jabir when they hear gunshots coming from the nearby area.  As they search for Jabir, they hear voices who turn out to be Derya and Murat, who tells them that Ariza was there a few minutes ago who went after Jabir.  As they near the seashore, Jabir and his men are boarding a small boat as they attempt to escape however Ariza arrives and shoots at them and finally kills Jabir.  At that moment, Fuat and Mithat arrive who also witness a dead Jabir.  Unbeknownst to them, Muzaffer and his men have taken Jabir into custody for helping with their operation.

Later that evening, Mithat tells Fuat his family has moved into Hasmet’s home because they’re all upset at him for not protecting them.  Mithat is still upset that Derya was kidnapped and tells Fuat that he messed up the entire situation with Jabir from the beginning just to protect Burak.  Fuat attempts to get Mithat back on his side before the consortium meets but Mithat reminds him that they are all alive thanks to Ariza and refuses to agree to anything.

During the consortium meeting, they all thank Ariza for killing Jabir.  Sheymuz again brings up the topic of the destroyed weapons.  Fuat demands proof which Sheymuz says he doesn’t have but he has a confession.  He plays a recording of a phone conversation between himself and Burak who asked him to reach out to his contacts to get ahold of Jabir so he can tell him that he was the one who destroyed his weapons.  Burak knows his secret is revealed so he confesses to the consortium that he blew up the weapons due to his personal issue with Ariza.  The partners all demand Fuat punish Burak immediately.  Fuat explains that what Burak did was not a betrayal but a mistake.  He asks Hasmet for his input who says it was arrogance and disobedience that made Burak do what he did but agrees that it wasn’t betrayal.  Fuat decides that it was a mistake and the punishment Burak receives is getting stripped of his role within the consortium along with all the power that came with it.  Burak claims Ariza set him up and tells him he will pay for it as well as the entire consortium for what they said about him.  This infuriates all the partners but before they can act, Fuat kicks him out of the meeting.  After he leaves, Mithat suggests Burak’s power be given to Ariza who accepts.

I don’t like Burak but I felt his pain when he was crying in the car after his brother was kidnapped.  They’re both so close and depend on each other for support and it devastates him knowing that he was kidnapped because of his fault.  Of course, my favorite scene was when Halide and Ariza finally kiss.  We didn’t get an “I love you” from him but the kiss was sufficient.  For now.    Until next week!